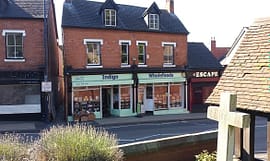 Indigo Wholefoods, Brexit and The EU 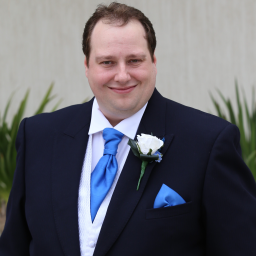 Brexit could be an existential threat to Indigo Wholefoods. It’s just over seven months until Brexit day and I don’t know for sure. That’s no way to have to run a business.

Here’s what I know for sure. Unless something changes the UK will leave the EU at 11pm on Friday 29th March 2019. If a withdrawal agreement is reached, that is ratified by the European Parliament, The House of Commons, The House of Lords and The European Council (The heads of states/prime ministers of the other 27 EU states after fulfilling there own constitutional requirements) then a transition/implementation period will start and everything will continue as it is now until December 31st 2020. At which point I will probably be writing a very similar article.

To get a transition period the UK has to agree to meet the obligations it signed up to, the so-called divorce bill, ensure that EU citizens, in the UK on brexit day, retain the rights and assurances they were granted by the UK as an EU member, ensure that the Irish border remains open, free of new infrastructure and checks in perpetuity, and agree to the judicial oversight of The European Court of Justice during the transition period.

If that can’t be agreed and there are very good reasons to think that it wont be agreed then the UK will leave the EU without a transition period, without any idea of what a future trade agreement may look like and potentially having failed to uphold the commitments it has made both in the past and during the brexit negotiations. Critically, it may fail in its duty to uphold the principles of the Good Friday Agreement (GFA).

The GFA does not overtly refer to an Irish border. However, the cross-border institutions would be so significantly impacted by the implementation of border controls it would render the GFA undeliverable. Furthermore, what seems to have passed our brexiter politicians by is that the GFA is about identity. The genius of the GFA is that it allows the Northern Irish who feel Irish to live and function as Irish citizens and the Northern Irish who feel British to live and function as British citizens without changing the underlying constitutional arrangements. This was agreed by an all Ireland referendum and only a further all Ireland referendum could change that situation. To implement border controls or to follow such a policy that caused Ireland/EU to implement border controls would undermine the ability of the Northern Irish to live and function as Irish citizens especially in border regions. This is why the EU are taking the Irish border so seriously.

Article 50(3) of The Treaties of the European Union, the triggering of Article 50(2) started the negotiating period, tells us exactly how we will leave in the event of no-deal:

The Treaties shall cease to apply to the State in question from the date of entry into force of the withdrawal agreement or, failing that, two years after the notification referred to in paragraph 2, unless the European Council, in agreement with the Member State concerned, unanimously decides to extend this period.

The Treaties shall cease to apply. Not some of them but all of them. In fact EU rules prevent formal negotiations between the EU and the UK about a future relationship while the UK is still a member of the EU. Hence the need for a transition period. It should have been possible to negotiate a heads of agreement about a future relationship during the brexit negotiations but the failure to complete the withdrawal agreement has prevented this from happening.

The idea that planes will not be able to take off, lorries will be parked on the M20, vital food and medicine supplies will be delayed, just in-time supply chains disrupted, radioactive waste will not be allowed to be transported, we will no longer be able to use the European Arrest Warrant or share security information, EU citizens will be illegal aliens as UK citizens in the EU will be and they wont be able to draw their pension have all been summarily dismissed as project fear by brexiters.

Yet without even the most basic of sector by sector trade and regulatory agreements these things will happen. Article 50(3) decrees it. It would be breaking the EU’s negotiating red lines to begin these kind of future relationship negotiations without having resolved the issues contained in the withdrawal agreement. And without completing the withdrawal agreement there will be no transition period. Which means this is exactly what will happen on brexit day.

Still the brexiters expect that at some point the EU will drop its red lines over the Irish Border and allow a withdrawal agreement to occur. They don’t understand why Ireland is so important to the EU, after all its never been that important to them.

Once again the brexiters are on the wrong side of history and fail to understand what the EU is. To them it is a trading block, a trading block that puts barriers in the way of them making more profit. They should take the time to read articles 2 and 3(1) of the Treaties of The European Union.

The Union is founded on the values of respect for human dignity, freedom, democracy, equality, the rule of law and respect for human rights, including the rights of persons belonging to minorities. These values are common to the Member States in a society in which pluralism, non-discrimination, tolerance, justice, solidarity and equality between women and men prevail.

The Union’s aim is to promote peace, its values and the well-being of its peoples.

The EU’s principle objective is to promote peace. Everything else it operates including the single market, the customs union, the European Court of Justice, the single currency, the shengen zone, it operates in pursuance of its principle objective. It understands that a continent, steeped in a history of feudalism and warfare, will function peacefully if it is as fully integrated in as many different areas as possible.

How can it abandon Ireland if it is to uphold its aims and values? The GFA represents an end to the Northern Irish Troubles that both sides agree to. Upholding it should be a matter of principle for the UK government as much as it is for the EU and Ireland. But, that may be the most disturbing thing about this whole process. The nauseating way in which it has been dismissed as irrelevant by politicians who should know better.

Indigo Wholefoods stands with the EU in its aims and objectives. They represent the difference I want to make as the owner of a business built on ethics and principles. As an independent retail shop in the West Midlands, relying on wholesalers and manufacturers who import raw materials or finished products to stock our shelves we are exposed to some of the brexit implications. At this time it is impossible to know to what extent this supply chain will be affected and what affect that will have on prices and we don’t know to what extent our customer base is exposed to brexit implications. Moseley and Kings Heath ward voted 77% to stay in the EU in a city (Birmingham) that narrowly voted to leave. It has been an anxious time for the heart and soul of my customer base. Make no mistake – I will be doing everything in my power to ensure Indigo not only survives but thrives regardless of what happens in March next year.

However, the best interests of Indigo Wholefoods, my customer base, the UK and the EU are all met by reversing the result of the now discredited referendum by holding a Peoples Vote.

The UK should be embracing the EU not turning away from it. At a time of political upheaval around the world, with unpredictable leaders in both Russia and the US, now is not the time to be stepping out on our own.

Twice in the last century we sent our young men to war on the continent to defend our right to, and European citizens right to, be treated with the respect and value laid down in articles 2 and 3(1). Of course, it is unlikely that war will break out in Europe again any time soon, but that doesn’t mean we should rip out the safety net.

In November of this year we will remember the centenary of the end of the 1st World War. We will wear our poppies and go to memorials. What greater memorial could there be than to recommit ourselves to the European project. To take our rightful place around the table to improve the EU, build on the work already done and say never again will anyone have to die for peace in Europe. #StopBrexit